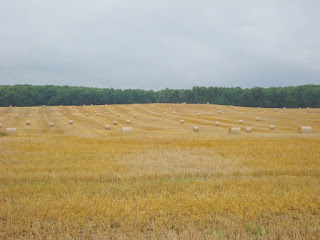 Yesterday, early in the morning Nima and I headed to Blue mountain region close to Geargian Bay. It's about 1:30 hours drive from Toronto.
Georgian bay is one the most scenic part of Ontario. It's vast and all around it has something to offer. The part we visited yesterday, town of Blue Mountain, has the largest facilities for skiing in Ontario. There is a 126m long suspension bridge close to the town which gives fabulous view over Georgian bay . 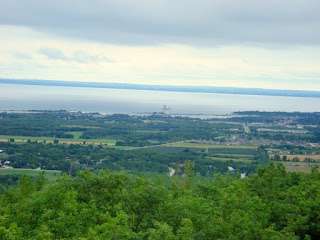 Close to the bridge there were several caves really unique. one of the caves had a point called 'Fat man misery point'. The character of that point was it's narrowness, we had to pass through a very narrow space around 36 cm wide. 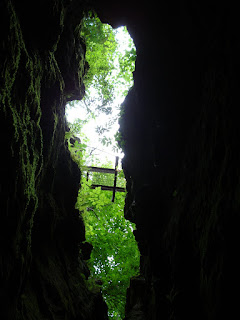 Along the caves trail, there was a huge rock on which Indian chief used to hold their secrete meetings. One of the rocky wall along the trail, naturally formed in a way that resembles an Indian chief. Can you recognize that? 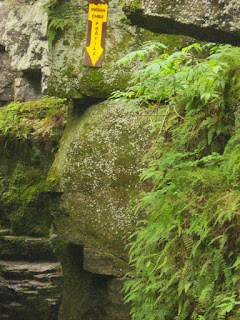 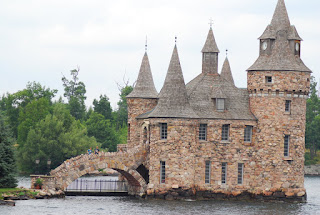 Another luxurious cottage on one of the islands 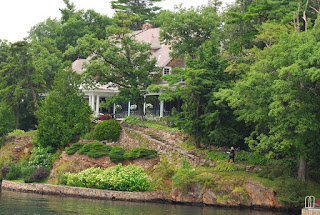 One of the island, the owener made a beautiful deck and boat launch 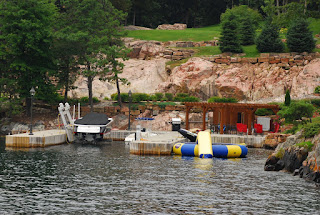 People Camping at one of the island 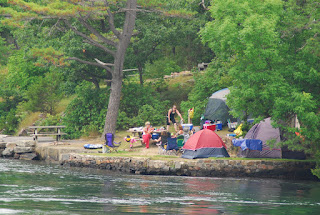 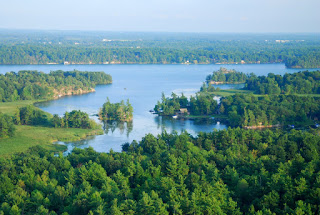 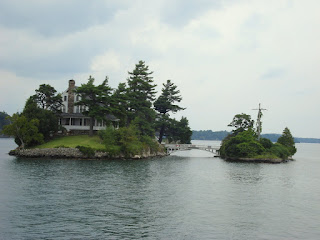 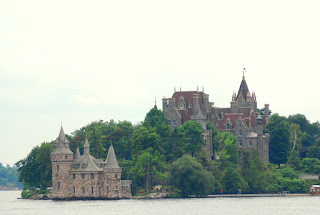 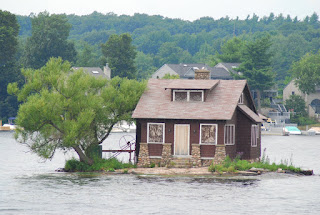 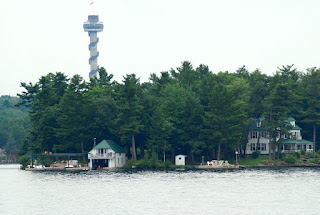 Couple of weeks ago, there was a long weekend thus Nima and I planned a two-day trip to the city of Gananoque. We stayed at a cosy motel for a night. Our trip started with little excitement when right before getting on a cruise, we realized that I left my purse in a Tim Horton 100 km back in BellviLle. I called three possible Tim at Bellville and none of them could find my purse. There was no way to stay, we had to go back. All of my credit cards, driving license, student cards, insurance cards, my cellphone, camera and house key was in there. I called my cellphone several times and there was no answer.
We changed our cruise ticket from 11:00 am to 1:30 pm and headed back to Bellville. I was sure someone stole my bag. In my mind I started reviewing what I should do next: cancel my cards, make requests for driving license, insurance, student card again, change the house lock, cancel the motel reservation for the night and go back home...
When we finally got there, I couldn't believe my eyes. My bag was hanged from the chair, just the way I left it. Apparently everyone who came in thought this seat is taken and the owner of the bag is ordering coffee or something. It was such a relief.
We return to Gananoque and took two-hour cruise along the 1000 island (actually 1824 island). Every piece of land surrounded by water and has at least one three is considered as an island.
the first photo shows two islands, one belong to Canada and another to US, the bridge between the two is the shortest international bridge between the two country.
You can also see the beautiful Boldt castle. Apparently a rich man (George C. Boldt) built this castle for his wife. There was a small island very close to Blodt castle island with a cosy house on it, our tour guide told us that George Boldt built this just-enough cottage for his mother-in-law.
There is a SkyDeck in Gananoque , 130m (400') long, which gives you a fabulous overview of the area. You can see more photos from our trip in the next post.
Posted by Hiva at 6:53 PM 4 comments: Links to this post 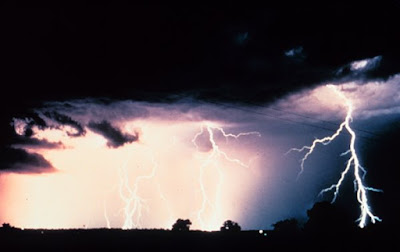 There are thunders one after another, make the sky at 10:00 pm like a sunny day. It rains heavily and strong wind spread the rain everywhere. I can hear the sound of ambulance from outside. We have such a strange summer in Mississauga with temperature below the average almost all the time and heavy rains at least two days a week. It's nothing like Toronto summer. I can feel the strength of this thunderstorm, each time it roars, the ground beneath me shake a little. Someone got on Zeus's nerve :)
The photo is from here.
Posted by Hiva at 6:35 PM No comments: Links to this post