What is your blood type??

I always thought my blood group is O+ till yesterday that I understood it is B-. God I could have killed myself with that wrong piece of information. Make sure you know what your blood type is! I think I should inform my Japanese friends first :))
Posted by Hiva at 8:02 AM No comments: Links to this post

These days my mind is occupied with global warming; humans’ impact on earth, etc. how we end up here? So dominant in comparison with the rest of creatures!!

I think the start point has something to do with agriculture. When we learned to do farming we start settling down at one place instead of going from one to the other searching for food. Farming made us different from the animals. We stayed put, somewhere close to rivers, and made houses nearby which was another impact. Humans wiped out the jungles to have more land for farming and also to have wood for keeping their houses warm or building their houses.

Can you see the trend? First we learn how to do farming, which had two main consequences:

1- Building houses near the river and farms

2- Stripping the jungles (to expand our farm land, to use the wood for houses..)

Gradually humans’ society formed and the population increased. Our villages became cities and grow larger. New needs came to picture and intelligent human being found the solution one after another. We learned how to make dams on river. The oldest dam still in use was build almost 1800 years ago (Grand Anaicut).

We are in 21st century, we have large cities like, , , etc. we have large factories producing every king of product one can imagine per second all over the world. We landed on moon; we are planning to land on Mars we have 18000 satellites orbiting around the earth. God!! we are so intelligent.

But you know what, while we were busy with industrial revolution, making atomic bombs, learning how to fly, making super submarine, we didn’t care much about the impact we imposed on earth.

The all idea of Be Green, Go Green is new. I can’t see the future but I like to be optimistic and believe that thousand years from now the future humans are going to be highly intelligent, emotionally.

I hope our intelligent leads us to better understanding of other creatures. To learn, with our “power comes responsibility”. I hope our intelligence help us to understand torturing and killing a lone, frightened, and wounded bull is no fun. Watching two dogs fighting to death is not joyful.

Many of us eat meat, we need to do that. There are not enough vegetables to feed this large population we need meat to survive but we can stop killing animals to have fancy food. We can stop killing whales in the name of research. We can survive without having Foie gras and stop force feeding poor goose and ducks. We can stop eating fish while the poor creature is still alive.

I think future humans will be in more harmony than us. They will learn the language of animals. They will hear the mourning of a mother gorilla for her dead baby. I hope I’m not too optimistic!!! 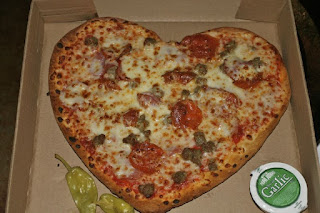 Valentine is coming, shops filled with roses, teddy bears and chocolates. Nima and I are going to make a pizza for tonight and I am in charge of finding a delicious Pizza recipe. I am trying to find a Pizza recipe close to Milan pizza we had in a restaurant back in Chicago. I love the smell of basil and Origan in pizza sauce.

Anyway, It's good to find any excuses to show our love to our family, spouse and friends, do something a little out of ordinary to come out of our everyday routine. Happy Valentine day everybody. :)

Picture is from here.
Posted by Hiva at 11:55 AM 7 comments: Links to this post

Diversity of our World


Few days ago I watched a TV program about indigenous tribes in . The show was about several tribes living in and the Brazilian government try to protect them by isolating these tribes from the civilized world.

Honestly I was shocked. Watching these men and woman living deep in the forest and don’t have any clues about us. No technology, no education no dress, nothing. They were totally naked and more than that they were so comfortable with that.

These people in jungles are living; giving birth and dieing without knowing anything about our wars, our histories, our religions. There are places in our civilized world that woman are totally covered under the veils, there are woman who felt guilty if mistakenly someone see their hair and at the same time there are these woman running, working, laughing with each other totally naked without noticing.

I always believed most of these “Must” and “Must not”, “good” and “bad”, “values” and “disvalues” are local. In one place at that time “doing this/that” is “good/bad” and exactly the same act could have totally different meaning if we were born somewhere else at different time. I always telling to my self to keep my eyes and mind open. I am trying to avoid being so fool to believe what I learn as good or bad is rigidly (100%) the same anywhere at any time.

I always thought there are few fundamental rules that are beyond the times and places. If you catch them you are good to go. Forget about all unnecessary “must” and “must not”. Through away the long list of “values” and “disvalues” society fill your mind with. Don’t let anything or anyone make you feel guilt for enjoying your beautiful life. 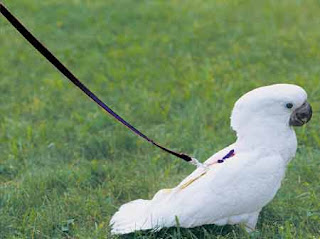 I don't know what is wrong with me. My mind is like a restless bird, flying from place to place. I can't properly concentrate. Only if I could leash this wild bird for a while..
Picture from here.
Posted by Hiva at 11:39 AM 1 comment: Links to this post