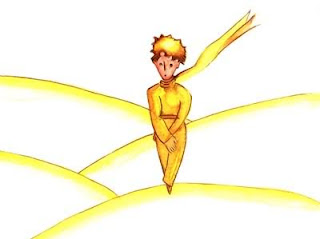 Dragging my thirsty exhausted soul, leaning on my shoulder, I am passing through a hot desert; hallucinating. Is that water? Come on buddy you can make it.
She is thirsty. She is tired but not hopeless neither do I. I don't know what she wants but I know what she doesn't want.
Come on my thirsty soul. I will find you the magical elixir. The elixir which fulfills your thirst, your hunger. Come on, come with me, just few steps more...
Come on my restless soul even if I have to make 1000 potions I'll find out what you want. I'll try anything to return the passions you used to have.
I will cheers you up, help you prosper again... I'll find the elixir, don't you give up on me..don't!
Posted by Hiva at 7:31 PM 10 comments: Links to this post

Waiting for a job opening 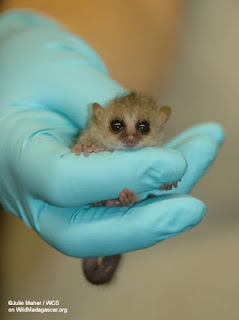 If there is an opening for "Part time animal's baby huger" please let me know. I have a strong resume for your information.
- With more than 10 years experience in hugging different dog's cubs even occasionally feeding them when their mommy was not around.
- Also I have a passionate attempt to raise 5 sparoow chicks whose mother abandoned them after our gardener found her nest behind an old window's cover.
- One in a life time experience in hugging a large crow as big as myself (at the age of 6/7)
- and finally hugging chickens, lamb, colt, rabbits, kittys are only a fraction of my capabilities
Any Koalas', Polar bears', Foks', Lemurs' babies out there, feels lonely I'm here for you :D
Posted by Hiva at 12:34 PM 6 comments: Links to this post

It's Nima's birthday. He is talking to two of his friends called him from Iran to say happy birthday. Nima have some special friends that I love them all so much. They know each other from teen years. When Nima left Iran, these friends every year on October 8th went to Nima's parents place to celebrate his birthday. Every year for about 8 years they never stop that visit on October 8th. This year that Nima's parents are not in Iran they call him instead. This is true friendship, strong, reliable and heartwarming.
I wish Nima have these wonderful friends in his book of life for ever.
Happy Birthday Sweetheart
Posted by Hiva at 2:49 PM 8 comments: Links to this post 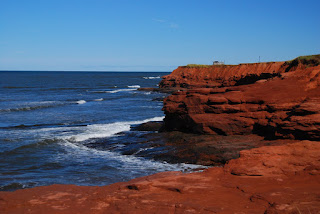 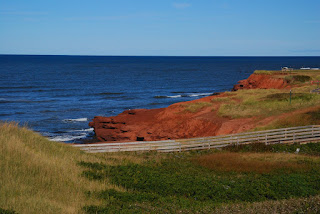 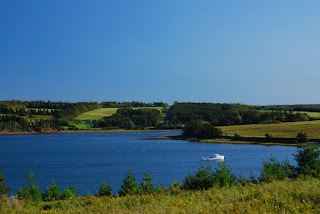 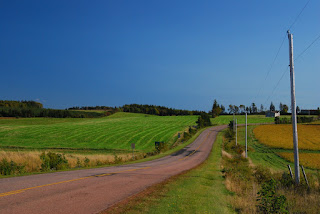 One of the interesting feature about PEI was its red sandstone cliffs. The red cliff in composition with green grass and blue water makes it just magical...
P.S. Picture are all taken by Nima
Posted by Hiva at 1:47 PM 3 comments: Links to this post 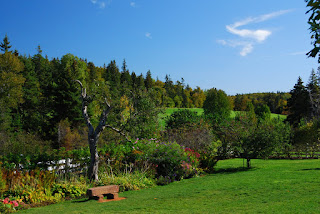 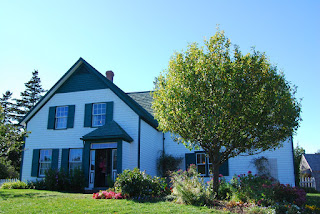 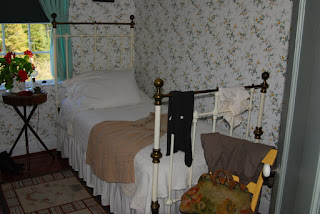 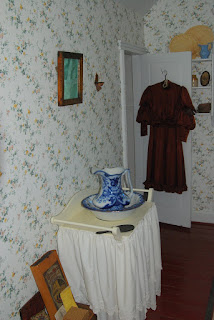 Prince Edward Island is one of the most scenic places I've ever seen. Green island surrounded with blue ocean, with colorful farms makes it just like a perfect painting. I loved driving along the island passing trough small hills painted in yellow, orange, green...
We visited Green Gables the birth place of L. M. Montgomery the writer of Anne of Green Gables. There was a house decorated in a way to visualize Ann's house as described in book. At gift shop it was all about Anne, dolls in different sizes, the book, several DVDs, fridge magnets,etc. We didn't have that much time but the best thing to do is to stay there for a night and rent a bike , go around the island, maybe next time ;)
P.S. Pictures are all taken by Nima
Posted by Hiva at 1:28 PM 1 comment: Links to this post 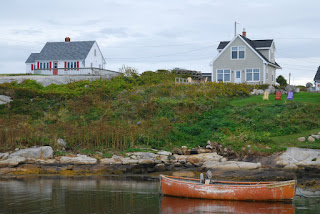 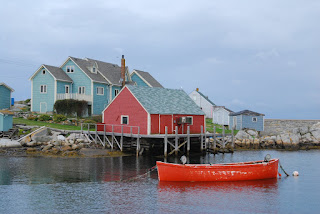 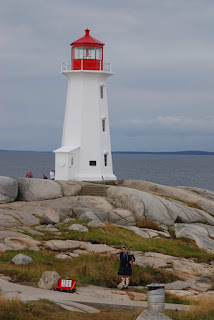 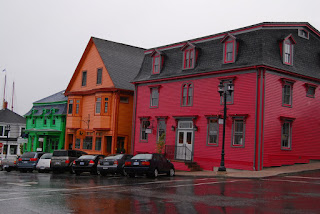 Lunenburg (Nova Scotia)
Here are some photos from around Halifax in Nova Scotia. We rented a car and drove along the lighthouse trail. On the way we first made a quick visit from the Peggy's cove, a small community of 50 depends on fishing mainly. At bays you could see numerous lobster traps, pretty colorful boats tied along the cove. We visited the Peggy's cove lighthouse point you can see in one of the photos.
After Peggy's we headed to Lunenburg. This city was founded in 1753 and was recognized as UNESCO national heritage site in 1995. The city is built on a slope with overview to the ocean. Colorful houses were the very first things that catch our eyes. We had lunch over there , delicious Haddock fish . Also I am not really a fan of seafood, but I did love the taste of fresh fish.
The weather was rainy and we didn't have a chance to walk along the city. Pretty rocky harbor around Nova Scotia actually reminded me of Newfoundland.
Back in Halifax we visited Maritime museum of Atlantic, very informative visit actually. There we took a tour inside a small survey ship which was being used until 1970. There were tiny shabby rooms for the captain and other staff, narrow gloomy halls for entertainment and socializing, small kitchen with one cook for 60 people on board which all showed harsh environment to leave in for days on sea. I don't know about now days but back then working in a navy wasn't fun at all.
P.S. Photos are all taken by Nima.
Posted by Hiva at 2:11 PM 2 comments: Links to this post