Use it carefully please :) 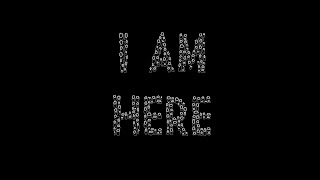 I found this link through a we-blog while ago. You can read the response of different intellectuals to one of the biggest question that anybody might have: "Does the Universe Have a Purpose?". Looking at the twelve responses, you can find:
Two (2) definite No
One (1) Unlikely
One (1) Not sure
Five (5) Yes (including Indeed and certainly)
One (1) Very Likely
One (1) Perhaps

I liked Elie Wiesel answer too which was "I hope so, and if it doesn’t, it’s up to us to give it one."
Also Lawrence M. Krauss answer is very logical " While nothing in biology, chemistry, physics, geology, astronomy, or cosmology has ever provided direct evidence of purpose in nature, science can never unambiguously prove that there is no such purpose. As Carl Sagan said, in another context: Absence of evidence is not evidence of absence.

Of course, nothing would stop science from uncovering positive evidence of divine guidance and purpose if it were attainable. For example, tomorrow night if we look up at the stars and they have been rearranged into a pattern that reads, "I am here," I think even the most hard-nosed scientific skeptic would suspect something was up..."

P.S. Picture is from here

C-Section to the Resque

I was telling to my husband the other day that I found an idea to help commuters.
"Nima we can make a website in which every commuter can register and those who are commuting the same way can find each other and car pull" I told Nima with a ray of pride in my voice like I found a million dollors idea.
"Honey the website is already out there. That's how my colleague find someone for his wife to commute from Burlington to Markham" Said Nima with slight mischief in his voice.

Seriously people, can't I have one original idea that nobody think of it before :)
I am not gonna give up. One of these days a million dollar idea will come out. Push Push
Posted by Hiva at 6:11 PM 3 comments:

Change is in the Air

I am not quite motivated at work these days. No manager for the past month and some of the junior staff are taking advantage of that. Office is more like a Coffee shop sometimes, rather than a place to work. We have an open concept and the privacy is almost zero. Just imagine yourself trying to work while two/three people around you giggling and chit chatting all day long.  Sometimes I feel I am in a high school surrounded with bunch of teenagers that has nothing else to do rather than making silly lame comments on every things happening around them.
I don't feel I am in an engineering office working with adults.
These days I am dragging myself to work..Change is in the air...
Posted by Hiva at 7:01 PM 2 comments: